Less than two weeks until the Jays opening day 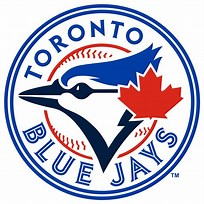 The Blue Jays are less than two weeks away from opening day. In the meantime we have 3 games in a row that are televised.

On Sunday March 21 at 1:07PM and Monday March 22 at 6:37PM, we'll have the Sportsnet feed which will be simulcast on radio. At least it's Dan and Buck, who have the experience, to possibly make the simulcast work. I'm hopeful because if it doesn't work, it ain't gonna be pretty. It's already an embarrassment the one of the largest sports networks is attempting to do this.

The Yankees are already starting to whine about playing in Dunedin.

Cam Lewis at BJN has a bit about the players sent to the " Minor League Working Group". This due to the minor leagues opening day being delayed for a month. The players assigned are still eligible to play in grapefruit games, so don't be surprised to see some of them pop up.

I'm curious as to what y'all think about the McGuire/Kirk scenario. McGuire is out of options. Kirk jumped from A ball last year and is projected to be the better catcher.

Send Kirk to the minors for more seasoning? Just so you can hang on to McGuire? Trade/release McGuire and/or Jansen? Whatcha think?