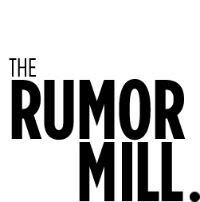 With a week left to the trade deadline, I figured I'd do a couple link dumps and tweet posting. (Apologies to Tom - filling in a post for the site).


So there is one name down in the relief market that is very likely to be traded. I'm curious to see how the market shakes out. Washington is definitely going to add one more guy, and I think the Cubbies will too.


The #Nationals, #RedSox, #Dodgers, #Rays and #Cubs are among the teams who've had scouts in Philly watching Pat Neshek.
— Jerry Crasnick (@jcrasnick) July 23, 2017


If AJ Ramos is the most likely to be traded, Pat Neshek is right there behind him. Basically all of the top contenders seem to be calling around about bullpen arms, as per usual this time of year.


This one is interesting to me. He is 20 years old and recently played 9 games in AAA before getting fast tracked to the bigs.  It's possible they might be bringing him up for a mini-showcase of sorts, though I'm not sure what assessment you can get out of 20-30 at bats before the non-waiver deadline. I have a feeling they upgrade somewhere else and maybe grab a lesser 3B as insurance and see what the kid can do. I'm skeptical that he's fully ready for the bigs, and FanGraphs' Paul Swydan wrote an excellent piece comparing him to other 18-20-year-olds who made their MLB debuts.

Another piece from FanGraphs, where Jeff Sullivan discusses the recent Royals/Padres trade. I think most interesting about this is that Kansas City probably isn't going to sell off any of their impending free agents, which puts them in a risky proposition going into the off-season. They are paying basically all of Wood's salary and I could easily see the Padres turning him into another prospect before the week is over. Cahill and Strahm are the main pieces there, with Cahill set to become a free agent as well.

From a couple of days ago, the Seattle Mariners traded Canadian outfield prospect Tyler O'Neill to the St. Louis Cardinals for controllable, similarly aged pitcher Marco Gonzales. Similar draft pedigree, though I don't think Gonzales has much upside. Controllable pitching is valuable, though. O'Neill has legit upside and I think the Cardinals made a good deal here.


Sources: Initial prognosis is that #Dodgers’ Kershaw will miss 4 to 6 weeks. Final determination will be made after he sees Dr. Watkins.
— Ken Rosenthal (@Ken_Rosenthal) July 24, 2017


This is interesting, with the Dodgers only losing 3 of their last 39 games, they have built a comfortable 11 game lead in the NL West. They don't necessarily need any more pitching, as they have built a deep rotation beyond Kershaw. I still think they were interested in a top level pitcher before Kershaw went down, but I think this uncertainty surrounding Kershaw's back might make them think about acquiring another front of the rotation type.

One guy I think the Dodgers could go after is Yu Darvish. Jeff Passan writes that he might be available, and I think the Dodgers line up the best on a trade. I think it would be built around Alex Verdugo or Willie Calhoun, with an upside pitcher thrown in as well. It is possible that the Rangers decide to hang onto Darvish.They are rumored to be checking up on Justin Verlander too, though I think Detroit will end up holding Verlander until August, as he would almost assuredly get through waivers with 2 more years on his contract at $26 million a year. Click On Detroit mentions that the Cubs and Dodgers have checked in on Verlander. I could see both the Yankees and Red Sox being interested. Detroit will probably have to eat some money if they receive recieve any type of prospect capital in return.


So the Jays acquired a fringe type starter with MLB experience. Now, normally this doesn't signify anything, but I have a feeling that this is one of those moves that help insulate a trade down the line. If Shapiro and Atkins do end up moving the guys that are free agents at the end of the year, in Estrada and Liriano, they are going to need pitchers to cover the rest of the season. Organizational pitching depth is thin, thin, thin right now. Oh, and apparently the Jays acquired Rob Refsnyder from the Yanks. 2B of the future!

More Jays related content here, as John Perrotto at FanRag Sports opines that the Jays will be partial sellers. It's unfortunate most of the Jays on expiring contracts are not playing very well. I'm curious to how things will play out in the next week or so.

A quote from Marc Hulet on RotoGraphs, regarding the clubs top pitching prospect, Sean Reid-Foley;

Sean Reid-Foley, RHP, Blue Jays: Reid-Foley has been one of those maddening young pitchers in 2017 due to his lack of command and consistency. He has overwhelming stuff — as witnessed by his 12 Ks in 6.2 innings on Friday night — thanks to a 95-97 mph fastball and slider but he’s also given up 12 homers and has a habit of producing a clunker of a game every two or three starts. He’s been better lately — In his first five starts of the year he got past three innings just once. He struggles to repeat his delivery and part of his issues may also be mental – he seems to meltdown pretty easily and is prone to overthrowing. A four-pitch pitcher, Reid-Foley may be better suited by trimming his repertoire and focusing on three offerings; if he can improve the fastball command he doesn’t really need many other tricks to overpower hitters other than a change of speed and/or plane. With Toronto’s pitching in a state of flux, Reid-Foley should have a good opportunity to throw meaningful innings at the big league level in 2018 — although he also seems like the type of pitcher that’s due for Tommy John surgery sooner rather than later (throws hard, inconsistent mechanics, etc). If I’m the Jays, I’m looking to use him in a package to acquire a young, controllable hitter.