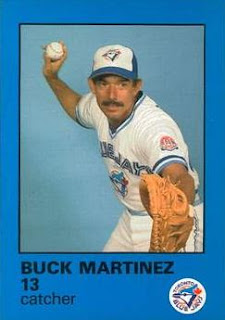 The old thread is getting jammed up with comments and is threatening to destroy lesser computers and phones.  Desperate times call for desperate measures so here is a new random thread.  It's still early in the off-season but hopefully most have had a chance to decompress and are feeling, if not better, then less angry about this year's elimination.  I was able to transfer my anger from the Jays to the Canucks, who managed to blow a 3-0 lead to lose their season opening contest.

There are lots of interesting storylines to consider for this off-season:

Things tend to slow down a bit around here over winter but hopefully folks will continue to show up to discuss baseball, a bit of hockey, and life in general.  I will definitely be posting some baseball card articles over the winter, starting with a discussion on the 1909-1911 T206 set, which boasts the rare, valuable, and notorious Honus Wagner card.
Posted by it's all over! at 1:48:00 AM