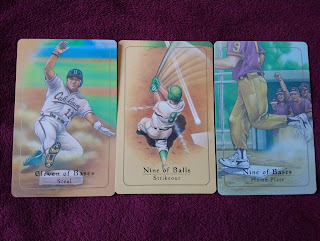 What an eventful week, huh?

So let's not rehash but look at what the cards have to say.

So let's see - we stole Springer, struckout on Brantley. We plated some pitching as well. That's one way of looking at it. But let's look at it as a community, which was very evident this week here as the Springer news brought some old friends back.

And since we want to party, I can't think of a better song:

Nah, just messing with you. Have some Prince: