The Lockout: A mini rant 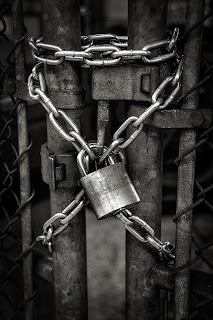 Photo by John Salvino on Unsplash

This post mainly exists because we need a fresh thread, but while we are here...

Why are the players getting any of the blame here? They were locked out. They've watched their percentage of revenue drop while baseball is creating new revenue streams (digital media, gambling). They have watched their service time be manipulated so they have even less time during their career to negotiate for what they are worth. They don't get to dictate where they work until 6 years of major league service. And now, when they are trying to gain a more playing field, the owners are painting them as ungrateful money-grubbers who won't sacrifice for the good of the game.

But they did sacrifice to make a 2020 season happen. They made sacrifices in the last CBA to prevent a work stoppage. So now the owners are playing the brinkmanship game, hoping to get them to sacrifice even more. But what are the owners sacrificing, really?

The only reason I can see is the ol' resentment of people who make more money than you. But let me ask you, if you saw someone making millions off of your work, would you be ok with only seeing a fraction of it? Did you sacrifice your childhood and early adulthood to spend the majority of your days improving your skills, travelling thousands of miles in the process? Do you have to live with millions scrutinizing your work every day? Do you have your private time with your family out in public regularly interrupted if you leave your house? Do you only have 5.7 years to cash in on a decade or more of deep practice?

Yeah, thought not. So let's put the blame on who it belongs. The owners.

While I am here, a reminder that we're now running the annual JITH fundraiser to help out fellow JITHers in need. We've had some generous donations already but I'm hoping there's more out there. You can use this GoFundMe link to donate or click on the donation link on the sidebar if your on desktop. If you're a JITHer in need, or if you would rather not use a fundraising site, email me at jithmk17@gmail.com with your JITH handle and I'll hook you up.